The Others Contrasted with The Wind in The Rose Bush 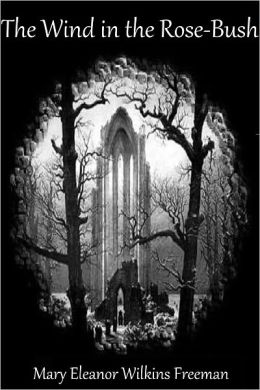 Someone has died.  And someone is lying about it.

In a very general sort of way, this short description applies to both stories.  What's interesting, worth taking note of (in my humble opinion anyway) is the dichotomy between the liars.  Let me explain

In "The Wind in the Rose Bush", Mrs. Dent seems to be secretive, but in my own reading I felt no threat of harm from her.  I interpreted her behavior as uncertainty about having her husband's dead ex-wife's sister in her home.  After a while, it was clear something had happened to the girl, but again, until the end it was not altogether obvious that Mrs. Dent was a danger to anyone.

In The Others however, the three servants are instantly under suspicion.  The second I saw them approaching that giant house in all black, I knew something was up and that they shouldn't be trusted.  They are constantly whispering amongst themselves about the people of the house, and filling the children's minds with terrifying truths.  Everything they do is secretive and sketchy.  They dress in dark colors most of the time, they show up for a job that hasn't been posted in the paper yet, they know the house inside and out...it's all just too much Gothic horror tension to ignore.


What I find intriguing about this situation brings to mind the idea of "Never judge a book by its cover". In the end, Mrs. Dent ends up being the cause of young Agnes' death, while the servants are there to warn the family of their new situation and take care of them in the land of the dead.

Both stories involve the idea of a mother who led to the deaths of her children.  But there's a dichotomy there as well.  Mrs. Dent neglected her husband's child that she clearly never cared about, leading to Agnes' eventual death.  Grace killed her children in a fit of psychosis because she believed the world was too cruel for them.  In the same vein, Mrs. Dent lied about Agnes to cover her own ass, while the servants lied in the best interests of the family.

This idea brings up an interesting question about hauntings.  Who should be feared more?  The ghosts or the people who made them that way?

If you'd like to find out for yourself:
"The Wind in the Rose Bush"can be read online for free I believe, it was available the last time I checked
The Others was tricky, but I did it, so it can be found online!
Posted by Unknown at 6:18 PM